Although I enjoy a variety of unique teas, my favorite, especially in the cold months like January is Puer tea.  Most teas are made from a tea plant of the family Camellia Sinensis.  However, Puer tea is made from a genetic variant called Assamica: 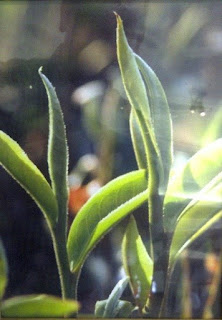 This special tea comes from a village in the Yunnan Province of China called Pu’er Village.  The village has been producing this tea for centuries.  Some of the trees there today are over 500 years old! 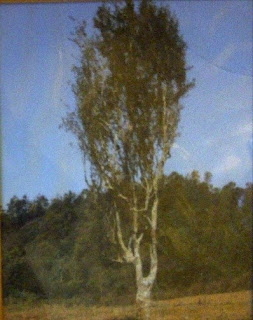 The first time I tried Puer tea was when I was fortunate enough to visit Yunnan Province on business several years ago.  Here is the tea shop I visited that is owned by a native of Puer Village. Her family is one of the producers of the tea , and she sells it in her shop: 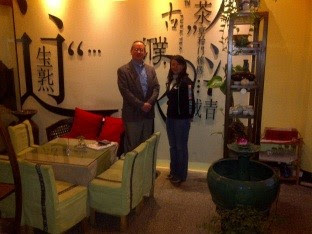 At her tea shop, I enjoyed a fun tea ceremony where I tried a number of Puer teas. 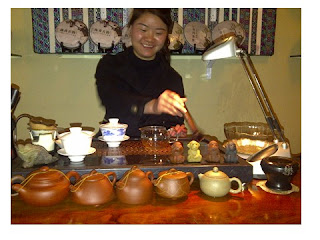 Puer teas are graded by both the tree they come from in the village, and the tea’s age.  Some of the very expensive teas in the shop were approaching 100 years old.  There is one particular tree in the village that people come from around the world to make sure their tea is picked specifically from that several hundred year old tree (many attribute that specific tree and its tea to a very long life span over the centuries in their families!)

The tea is typically compressed into round discs or square bricks (hence the name “brick tea” in some Chinese literature.) At the tea shop, they allowed me to press my own green puer tea: 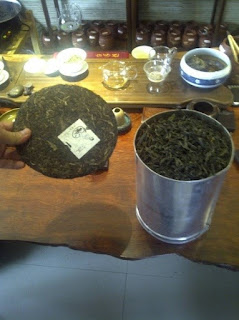 In the Tibetan mountains, people often carry the bricks of tea in their sack, and then prepare it over fires adding butter.  This “butter tea” is apparently very helpful in cold weather to avoid health issues.  (I haven’t tried butter tea yet!)  The tea taste is very distinctive and has an earthy flavor (some joke it has a “dirt” flavor, but I think it is more of a mineral taste.)  Also, it has a tendency to suppress appetite and improve digestion.

When I visited Yunnan Province, my friend Stone Deng took me on several excursions.  Here is a photograph of Stone’s home village in the mountains of China: 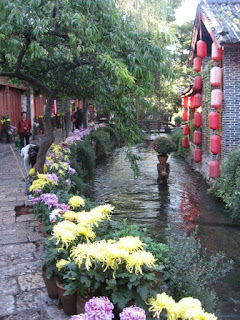 Often times, we hear only of the pollution and crowded conditions in the major cities of China, and surely that exists.  But China also has amazing areas like those near Yunnan where it is very majestic.  This is the area of a famous Chinese town called “Shangri-La”.

I hope to return again someday to visit Stone Deng, stop by his cousin’s tea shop, and visit the rope bridges while drinking butter tea from the 500 year old tree!

Here is the info on the Tea shop: 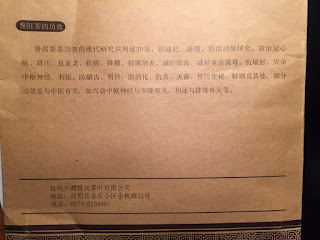 Posted by Factory Wiz at 5:43 AM No comments:

Spring Jive with the Chive!!!!! Or, first foraged dish of the year 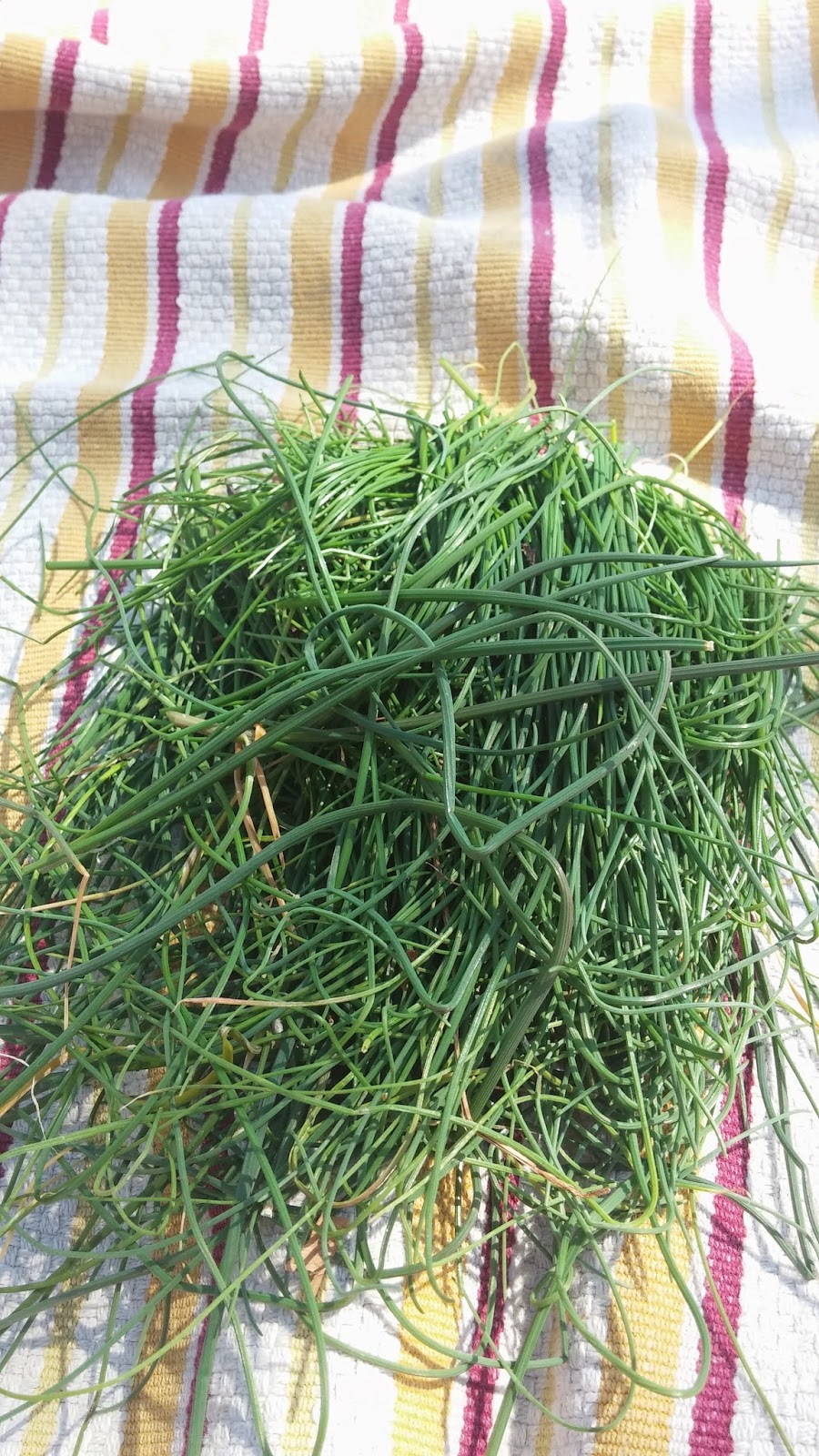 First foraged dish of the year

Although the snow in our woods had been melted for less than a week and more snow was in the forecast, I found the earliest of edible greens: chives. 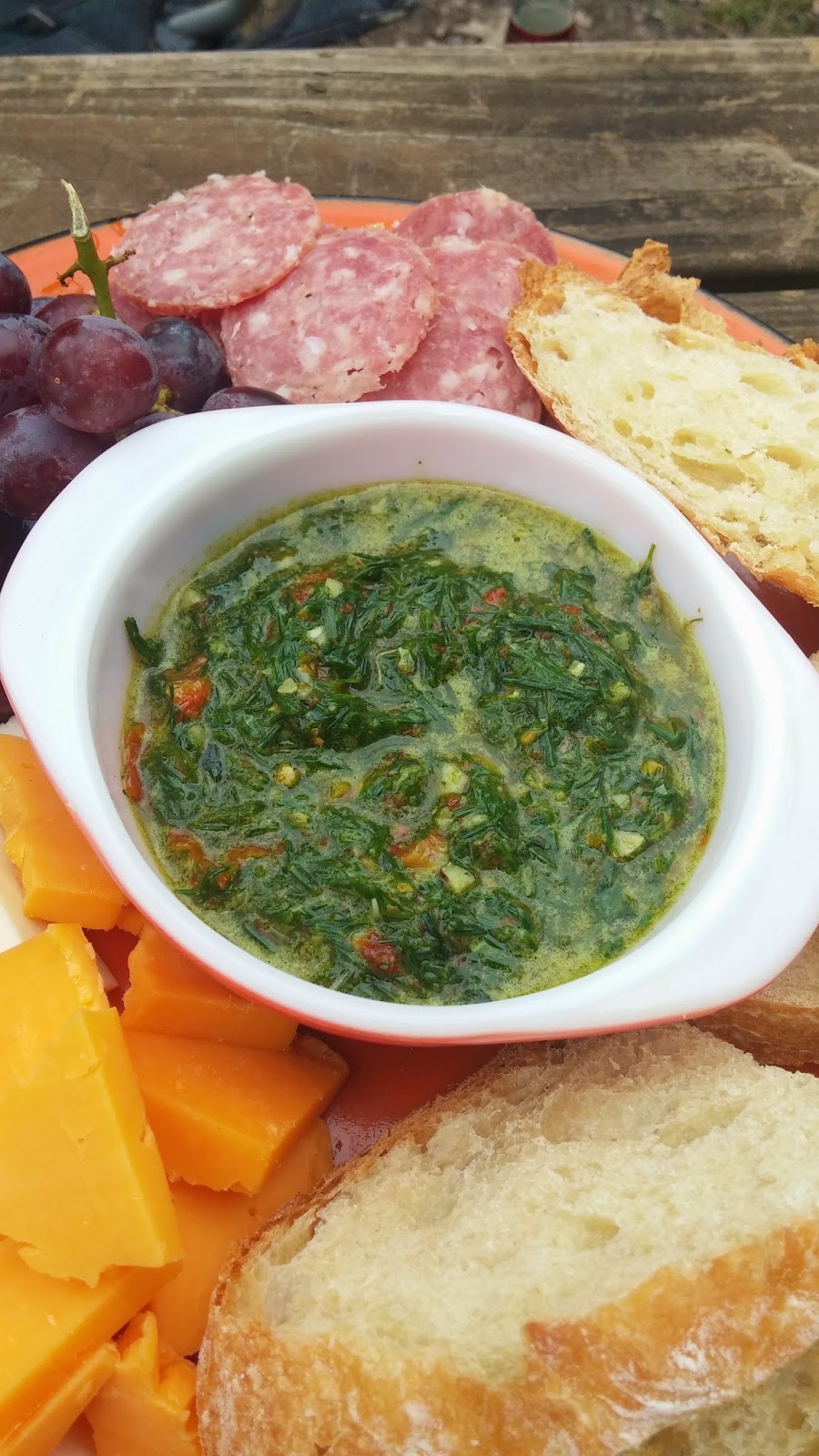 I'm happy just to find the first curls of skunk cabbage poking through the snow, but chives quickly follow in early spring and are a versatile, fresh ingredient. Chives can be found in woods and lawns throughout spring but will become hot and bitter as the weather warms.

Once the plant flowers, the chives become too strong to use as anything other than a garnish (potatoes, deviled eggs, soups). 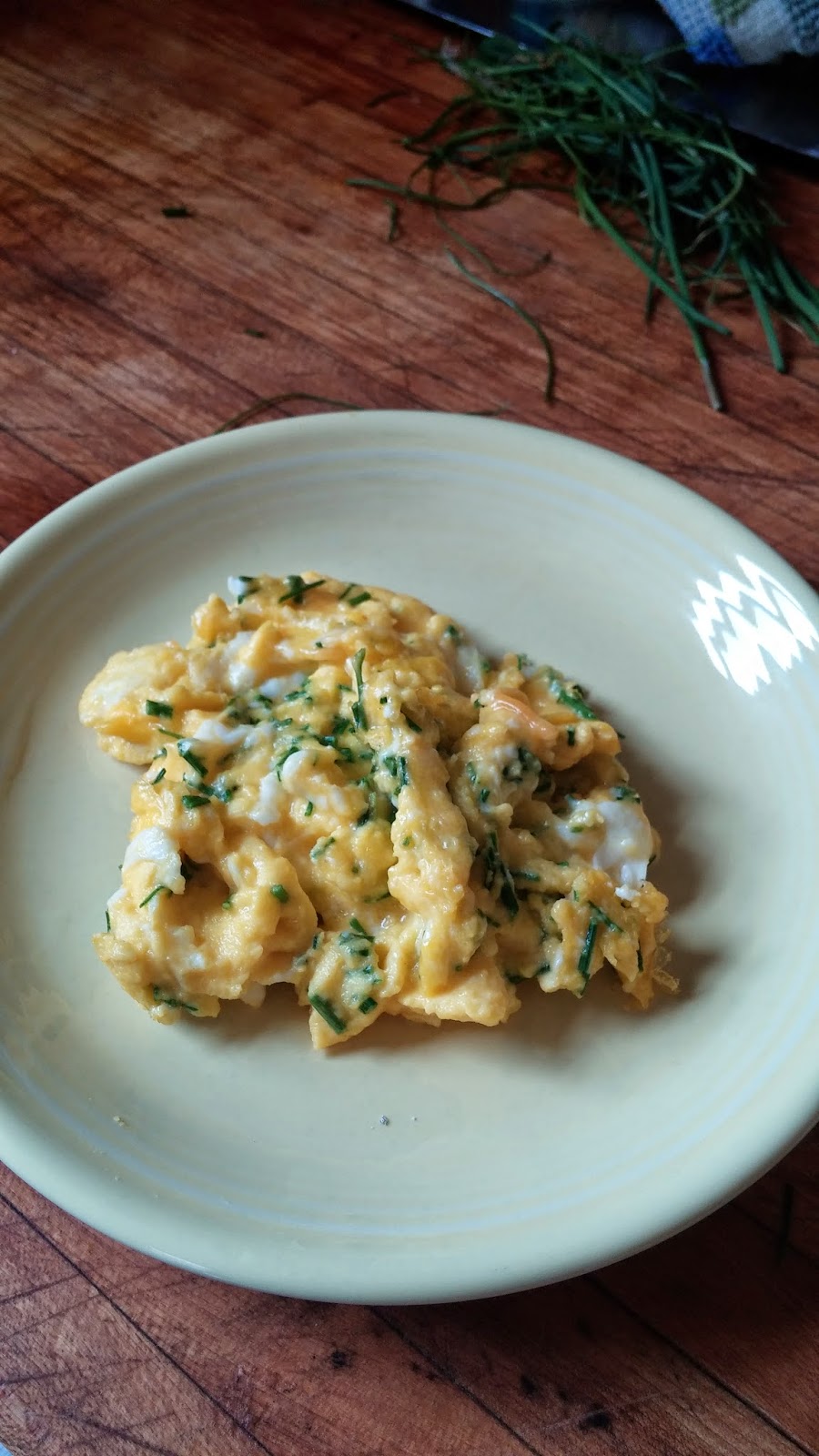 We were clearing brambles, bonfire roaring, Townes Van Zandt on outside speaker, and English Ale pouring -- all before noon -- on the 77 degree day. I made a snack plate with chive pesto and Mark's homemade bread as the accompaniment.  The pesto was mild and flavorful, not what I expected from eating spoonfuls of finely chopped fresh chives.

I made a second batch the next day for a party and replaced a few ingredients based on what was available in my friend's kitchen.


This follows a basic pesto approach:

=I did not add fresh garlic or parmesan.

Sunday morning, I had a handful of clean chives still in a towel on the cutting board, so cheesey, chivey scrambled eggs had to happen.

Easter dinner will have deviled eggs and chilled beet soup, garnished with fresh chives; I might even sneak some in the pirohy (pierogis).
Posted by Factory Wiz at 8:56 AM No comments: